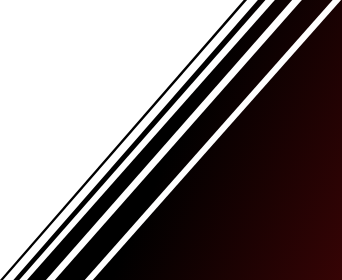 With winter upon us, as homeowners and business owners, we need to be aware and monitor our properties a little bit more due to old man winter and his ability to wreak havoc.  Of course the obvious comes to mind of freezing pipes causing water damage, and the use of heating devices that can spark a fire and cause fire damage.  However, there are a few more components that winter brings such as ice dams and what we will be coving in the post, falling or shedding snow.

When the snow begins to pile up in snowy regions that you may live in or recreate in, the danger begins to rise.  With every accumulated inch on the roof, the weight of the potential hazard increase, thus increasing the force it can have once it breaks free. When there is enough weight and there is a bed surface (aka your roof) that may begin to heat up from heat escaping inside the home, or simply too much weight from the snowpack loaded on the roof, gravity and kinetic energy take the stage and can create disastrous effects.

Shedding snow is often overlooked as a hazard and you hear few reports of shedding snow causing major damages.  This should not give the property owner a sense of security though, because there are hazards that exist that can cause property damage or worse, injure or kill a person.

There have been a couple of deaths in Idaho in the past 6 years due to falling snow.  These are deemed as “freak accidents” but the truth is, they are accidents that could have been prevented.  Both of these stories are horrible in the fact that there were lives lost, and our hearts go out to the friends and families of those that were involved.

One incident happened in Island Park in Eastern Idaho, where there were children playing on the eave side of a family cabin.  The heavy snow load gave way when the temperature began to rise, once the snow slid, it buried 3 children under feet of heavy condensed snow.  This is very similar to what can happen in the backcountry once an avalanche is released.  The two older children were rescued, but the 2-year-old girl did not survive after being buried for over a half-hour under the snow.  If someone is buried under the snow, like in a backcountry avalanche or one at the home, their survival rate plummets dramatically after 15 minutes under the snow due to asphyxiation even if there is no trauma involved in the accident.

The other incident occurred in McCall, Idaho.  In this accident, the large snow load released and damaged the propane meter and regulator thus releasing propane that pooled up in the crawlspace of the home.  The gas then leached upward to the first floor of the home where the furnace was located.  Once it reached the furnace the propane ignited and the home exploded and caught fire, killing a 69-year-old man and injuring a 15-year-old girl.

While these stories are on the extreme side of what can go wrong if these hazards aren’t taken seriously, there are still less consequential hazards to your property if left unattended.  Often when there has been a lot of snow throughout the winter snow can pile up on the eave side of homes giving the snow nowhere to go but back towards the home.  When this happens the snow can have the ability to break windows.

Another concern to be aware of is falling snow on vehicles parked too close to a building.  This happens often, especially at businesses.  As a customer, you park in the designated parking spots.  Sometimes these spots may have danger associated with them if there is a roof that can shed towards the parking spots.

In some areas such as McCall, we can have some big winters, producing copious feet of snow.  When the snow is deep enough, the snow on the eave side of the home will pile up to the height of the soffits.  When this happens the snow no longer has the ability to shed naturally and the snow can begin to pile up even more on the roof.  If the snow continues to accumulate you can run into the danger of roof collapse or melting snow seeping into any hole or roof penetration causing water damage.  If left unattended, this water damage can cause structural damages as well as the formation of mold in the home. If you notice mold, immediately contact a mold remediation specialist.

When there is a large amount of snow on the roof another problem that can arise is damages to venting pipes, chimneys, stovepipes, or anything protruding from the roof.  This happens when the mass of snow slowly or quickly migrates down the roofline causing strain on these objects and can either break them or open a pathway to water damages.

So what can be done to prevent these accidents and property damages? Here are a few suggestions to help keep your property safe:

-Remove any accumulated snow on the roof.

-This can be done by a roof rake or other specialized tools (Snow Shed PDF).  If you do not feel you can safely remove the snow from your property, hire a certified and insured professional to shovel the snow off the roof.

-Create a protective structure over anything propane related.

-This can consist of a small building to house the regulator and meter.

-Make sure to protect any exposed lines as well.

-If there are chimneys, stove pipes, sewer venting, or anything else protruding from the roof or attached to the roof, attach roof crickets to deflect the snow when it sheds

-If you have a metal roof, install snow guards towards the bottom of the roof.  These will allow the snow to stay on the roof longer and allowing it to slowly melt.

-If there are spots around the property such as a parking lot or driveway where people will be around, mark with signage and rope off a safe distance away from the building so the snow won’t be able to reach or hit anyone or anything that may be under the danger.

-Never let children play in the snow on the eave side of a building.